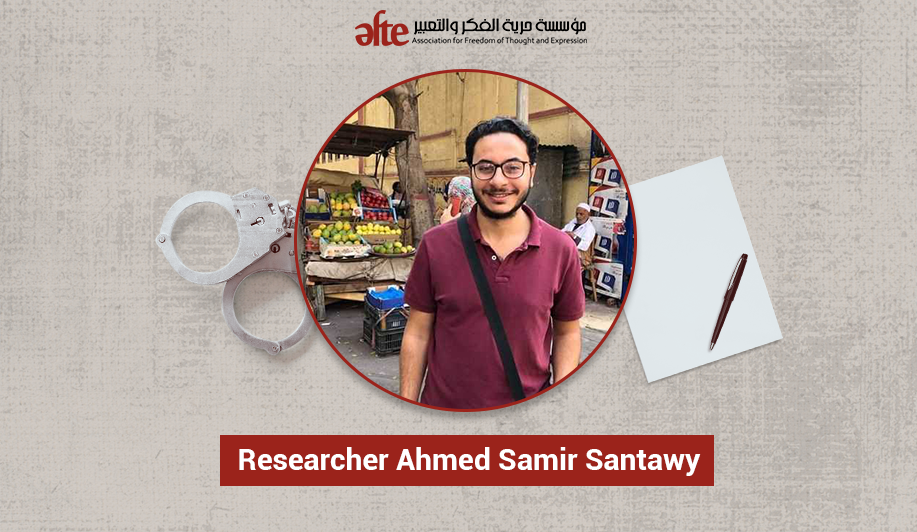 On February 6, 2021, the State Security Prosecution ordered the detention of the researcher and master’s student, Ahmed Samir, for 15 days pending investigations in the State Security Case 65/2021. Samir is accused of joining a terrorist group, publishing false news that harm security and public order, and using an account on a social media site with the purpose of spreading false news.

The State Security Prosecution confronted Santawy with some photographs of posts on the social networking site “Facebook”, to which he responded by denying his connection to these posts or the account attributed to him. During the prosecution’s investigations, Santawy complained that he was subjected to ill-treatment and torture while being interrogated by National Security officers, on account of which, his defense team requested that he be referred to forensic medicine to prove the violations he had suffered.

Santawy is an Egyptian researcher and master’s student at the Central European University in the Austrian capital Vienna “CEU”, where he studies anthropology and social sciences since September 2019.

The twenty-nine-year-old student returned to Egypt on vacation to visit his family and friends in mid-December 2020 via Sharm el-Sheikh airport, where the security authorities first arrested him, illegally interrogating him about the reasons for his travel and his fields of study, before they allowed him to leave.

On January 23, 2021, a National Security force raided the house of Santawy’s family in the Fifth Settlement district, east of Cairo, while he was on vacation in South Sinai. The security forces searched Santawy’s house and photographed the identification papers of those present in the house. They asked his family to inform him that he should go to the Fifth Settlement Police Station. They also seized the recording device of the property’s monitoring system.

On the 30th of the same month, Santawy went to the Fifth Settlement Police Station in response to the aforementioned request, but they asked him to return to his home and come back the next day, which is what Santawy did. Yet he was detained and there was no official information about him since that date until he was brought before the State Security Prosecution on February 6, 2021, during which he moved between several police headquarters, including the National Security Office inside the Fifth Settlement Station, where he was held until the morning of February 3, after which he was transferred to the First Settlement Station, before being transferred to an unknown location on the evening of Thursday February 4.

Meanwhile, the President of the Central European University, Michael Ignatieff, called on the Egyptian authorities to release Santawy and allow him to return to his family and study immediately, while the European Association of Social Anthropologists “EASA” issued a statement in which it expressed its concern about the Egyptian authorities’ detention of Santawy, urging the authorities to take all necessary steps to ensure the prompt and safe release of Santawy, as well as maintain respect for his legal rights.

On 23 February 2021, the Supreme State Security Prosecution completed the investigation with Ahmed Samir and charged him with financing a terrorist group, without clarifying what this group is and what Santawy’s relationship with it is.
Ahmed Samir Santawy complained that he was placed in incommunicado since his entry into Liman Tora Prison, and there is no equipment was entered for him, or that he was allowed to purchase from the prison canteen, despite his family depositing money in the prison canteens.

Santawy mentioned before the prosecution that he was physically assaulted by the deputy warden of Tora Liman prison on the day before he was summoned by the prosecution again, which lead the legal defense team to request medical examine by the forensic medical and investigate the incident.

On May 22, 2021, the State Security Prosecution summoned Santawy for interrogation in a new Case No. 877 of 2021 State Security Prosecution. The Prosecution charged him with the same accusations in the case which he was imprisoned, which is joining a terrorist group and spreading false news and statements aimed at disrupting security and public order, before ordering to detention him for 15 days, starting after the end of his imprisonment on the first case. 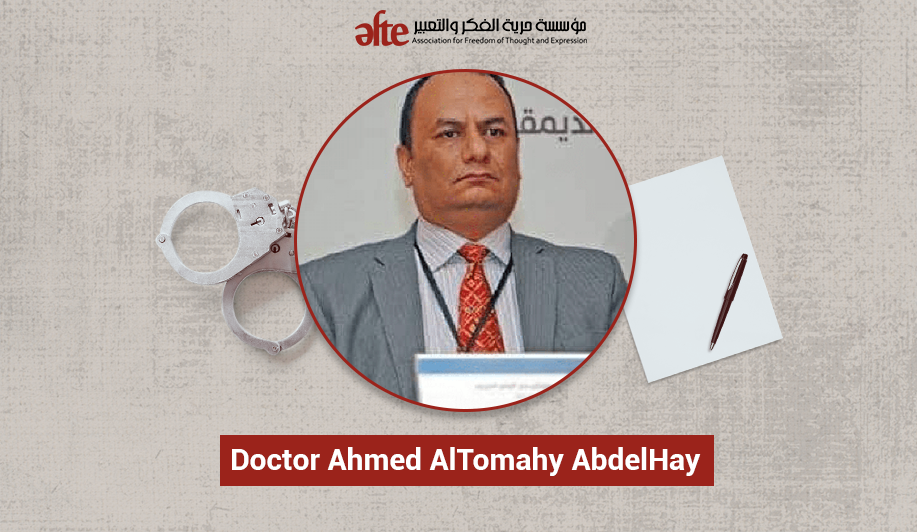