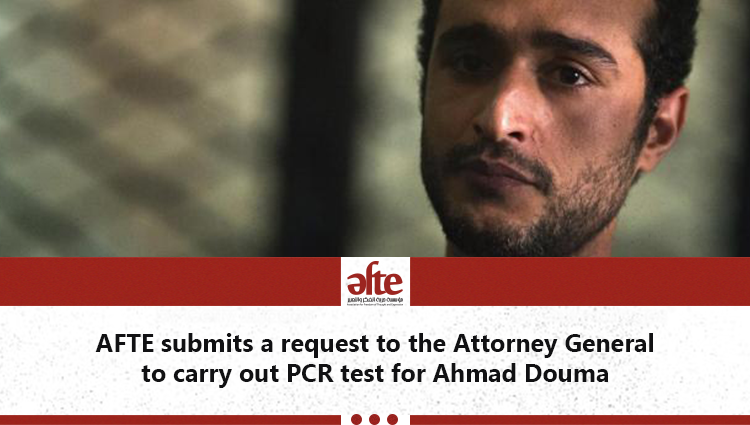 The Association for Freedom of Thought and Expression and the attorneys for political activist Ahmed Doma submitted, yesterday (June 6), a request to the Attorney General to conduct a PCR test for Douma, after reports were published of (Covid-19) infections in Tora Prison, in which the activist is serving his prison term. The Ministry of Interior recently announced the death of a staff member in Tora prison, at the end of last May, after it was confirmed that he was infected with Corona virus.

According to the request, No. 23762 of 2020, Douma’s family asked that a (PRC) test, blood test, antibody test, and a chest x-ray be carried out for Douma at their own expense in a private laboratory or in one of the Ministry of Health’s laboratories.

The request indicated that the Egyptian prisons are considered one of the most crowded places, which may be a fertile environment for the spread of (Covid-19) among the prisoners. It added that the necessary health standards are not available in prisons that lack the means of protection against viruses, which may make it difficult for prison hospitals to examine all individuals that had interactions with the employee -who died recently- during his work or carry out smears for those suspected of being infected.

Releasing Prisoners of Conscience; to Restore Justice to Curb Covid-19