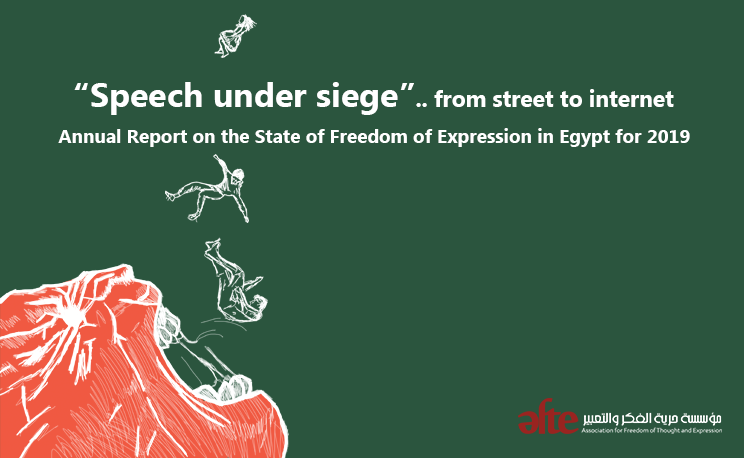 Syndicates imposing restrictions on their members

In one week in March, the syndicate of musical professions banned “mahraganat” singer Hamo Beca from joining it, and suspended singer Sherine Abdel Wahab and referred her to investigation.  It also canceled the memberships of both artist Dalia Mostafa “Lamis” and artist Fatema Mohamed Gaber “Fifi”.

On March 21, 2019, the syndicate of musical professions decided to suspend singer Sherine Abdel Wahab and referred her to investigation following some statements she made at one of her concerts in Bahrain, which the syndicate considered “harmful of national security”. Lawyer Samir Sabri filed a complaint against Abdel Wahab accusing her of “attacking Egypt, publishing false news and calling on human rights organizations working against the country to intervene in Egyptian affairs.”[35] The artist published a post on her official page on Facebook apologizing to those who “misunderstood my words”, and confirmed that her words were taken out of context, and that her exact words were: “I am speaking comfortably here, because in Egypt they may imprison me.” According to the post, Abdel Wahab was referring to a previous incident when she made fun of the Nile at the end of 2017; at the time, the syndicate of musical professions also issued a decision suspending her from work. She explained saying: “I was talking about a previous personal incident, when I joked while on the stage; I faced a lawsuit, was sentenced for a year in prison, I paid a bail, I appealed and the judgment was overturned”. In a tweet, Hani Shaker, the head of the syndicate considered Abdel Wahab’s statements to be “within the scope of national security and the image of Egypt in front of the Arab world” and stressed that there was “an investigation by the State Council and the Syndicate.”[36]

On March 26, 2019, the syndicate of music professions canceled the membership of the singer Dalia Mostafa Mohamed Youssef, known as Lamis, and singer Fatema Mohammed Gaber, known as Fifi, because of “their continues violation of the syndicate’s law and their lack of commitment to public traditions and decent appearance.”[37]

On July 10, the syndicate issued a decision banning “mahraganat” singers from singing in the north coast, as the head of the syndicate, Hani Shaker, sent a request to the director of Marsa Matrouh Security requesting that he cooperate with the inspection committee authorized by the syndicate in the northern coast to “prevent all who are not members or holders of a work permit from the syndicate -those who are called “mahraganat” singers- from working”.  He also requested that “legal complaints be filed against the violators, the un-registered, and those who are not authorized to work by the syndicate and to submit those complaints to the relevant police department.”[38]

On August 8th, the syndicate decided to prohibit dealing with 16 “mahraganat” singers, most notably Hamo Beca and Magdi Shata, and “all mahraganat bands and all who do not hold a membership ID from the syndicate of music professions.” The decision also directed all governmental and non-governmental establishments, tourist establishments and hotels to implement it, and that “whoever violates this decision exposes himself to legal accountability”. The syndicate also threatened to imprison the “mahraganat” singers mentioned in the decision[39].

Hani Shaker’s battle with “mahraganat” singers, especially Hamo Beca, dates back to the last quarter of 2018, when the syndicate canceled two concerts for Beca “in order to preserve the public taste”. In early November 2018, the syndicate’s lawyer filled a legal complaint against Beca while he was preparing to hold a concert in Alexandria, accusing him of “singing without licenses, and damaging public taste”. The legal complaint which carried the No. 13812 of 2018 (Al Dekheila), was referred to Al Dekheila misdemeanors court which sentenced Beca to three months in prison for practicing singing and holding an audio-visual ceremony without obtaining a license from the Ministry of Culture. On April 10, 2019, Al Dekheila misdemeanors court of appeal issued a two months imprisonment sentence against artist Hamo Bica, for holding a concert without a license. On the 30th of the same month, Bica’s petition was accepted and the execution of the sentence was stopped pending the decision concerning the appeal, and he was released. It should be noted that Hamo Bica tried in February of that year to get the necessary permits to sing, but the syndicate refused to grant him working or affiliated membership or even a temporary permission to sing.

On March 26, 2019 the syndicate of acting professions decided during its board meeting to cancel the memberships of actors Amr Waked and Khaled Abu El Naga, after they attended a hearing in the US Congress that addressed the conditions of human rights in Egypt. The syndicate said in a statement that this is considered “high treason” of the homeland and the Egyptian people. It added that the two actors unilaterally spoke to “external powers” to back the “agendas of conspirators” aiming to “undermine Egypt’s security and stability.” The syndicate stated that it “will not accept the existence of a traitor among its members.”

Military judiciary and imprisonment of publishers

The military judiciary continued to prosecute creators and publishers. On February 4, 2019, a military court upheld a 5 year imprisonment sentence against publisher Khaled Lotfy, director and founder of “Tanmia” bookstore and publishing house on accusations of revealing military secrets and spreading rumors. Lotfy was arrested in April 2018, after he republished the book “The Angel, the Egyptian Spy who saved Israel” about Ashraf Marwan, the son-in-law of former President Gamal Abdel Nasser. A military court sentenced Lotfy to 5 years in prison in October 2018, and in February 2019 the verdict was upheld. On December 24 the Egyptian military court of cassation rejected Lotfy’s final appeal against his five-year prison sentence[40].

It is noteworthy that Lotfy is not the only victim to be punished by the military judiciary for publishing a book. In mid-2018, a military court issued a 3 year imprisonment verdict against owner of “Dad” Publishing House for printing the “Best females on earth” poems book, and also the poet Galal Al-Behairi, who wrote it, in addition to 10 thousand pounds fine.

In January, a force from the general directorate of artwork investigations confiscated the book “Submission and Disobedience” by the researcher Ziad Aqel, after it stormed the premises of Dar El-Maraya for Cultural Production, the publisher of the book.

A force from the directorate of artwork investigations had gone to Dar El-Maraya to search for another book, but it had not found it, and discovered that it was not among the publications of the publishing house. This did not prevent the force from confiscating another book, “Submission and Disobedience”, after the members of the force saw it accidently, because its title includes the word “Disobedience”.  The artwork investigations decided to confiscate all copies of the book from the publishing house, and summoned its director, Yehya Fikry, to ask him about some details while informing him that they might contact Ziad Aqel, the author, but according to a phone call with Aqel, he was not summoned, yet he had been banned from traveling for 3 months after the book was confiscated.

The book is an Arabic translation of Ziad Aqel’s PhD thesis, which he obtained from the University of Leicester, UK, and which is concerned with political and social movements that appeared between 2011 and 2013 in Egypt. The book was sold at the Cairo International Book Fair in 2019 and several copies had already been sold before the book was confiscated. As of this writing the book is still confiscated.

On the other hand, the censorship on artistic works refused to grant a permit to display the play “Satan’s good deed”, and a sovereign entity banned it, according to the words of lawyer and theater director, Mohammed Karem. He published on his Facebook account on April 13, 2019, that “a sovereign authority ordered the banning of the play”.

The crisis of “Satan’s good deed” play began in May 2017, when Karem presented the script to the censorship to get a permit, but the censorship refused the title of the play and some scenes in it. It asked Karem to change the title to “Satan’s good deed!”, or “The good deed and Satan”. When Karem rejected these amendments, the censorship did not give him a response either with acceptance or rejection. After more than six months of trying to get the permit, those in charge of the play decided to show it without a permit. It was shown in January 2018, at the Jesuit Theater, for two successive days. In February of the same year it was shown again without a permit at the Romance Theater.

On April 15, 2018, Karem published, “After the approval of all censorship committees, the director of the department of plays’ censorship referred the play to Al Azhar”. In turn, the general directorate of research, writing and translation of Al Azhar examined and reviewed the script based on the censorship request, and Al Azhar’s response came in December 2018, describing the play as, “not up to its title and what it promises to deliver.” Al Azhar objected because the play contained “many words of insults and swearing, and expressions of dissatisfaction with God’s destiny”. It also objected to the title “Satan’s good deed” because, according to the statement, “the play did not mention one good deed done by Satan to be consistent with its title”[41]. Karem published Al Azhar’s statement on his personal page and commented that this is a fight against art, adding that he will file a legal complaint to the Attorney General against Al Azhar and will take all necessary legal measures.

In February 2019, Karem filed a legal complaint to the Attorney General against the Minister of Culture, the Chairman of the Censorship of Artistic Works, the director of the Censorship on Plays, the Grand Sheikh of Al Azhar and the Director General of the General Directorate for Research, Writing and Translation. The legal complaint carried the number 1792 for the year 2019. It accused them of “Fraud and fighting creativity and art”. It called on the Attorney General to go back to the text of Article 4 paragraph B of Law No. 430 of 1955, which states that “the authority overseeing censorship must decide on the permit request within thirty days at the most, from the date of submission of the request. The request is considered granted if no decision is issued by this authority within the period specified”. In the case of “Satan’s good deed”, Karem waited for more than six months without obtaining approval or even rejection[42].

Karem decided to show the play again at Romance Theater, in April 2019, based on the above legal text. Indeed, the play was shown successfully for the first day, but the next day, April 13th, a sovereign entity decided to close the theater and prevent the play. “Awlad Haram” theater group, which performs the play, wrote on its Facebook page: “We are sorry to all those who were going to attend today, but the government is afraid of art.”[43] 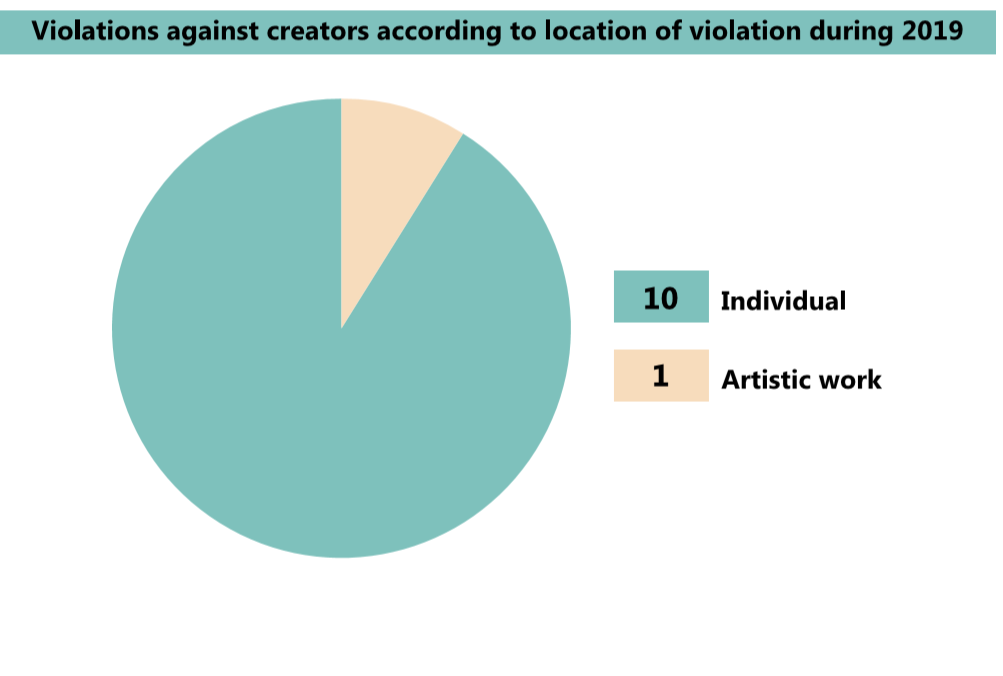 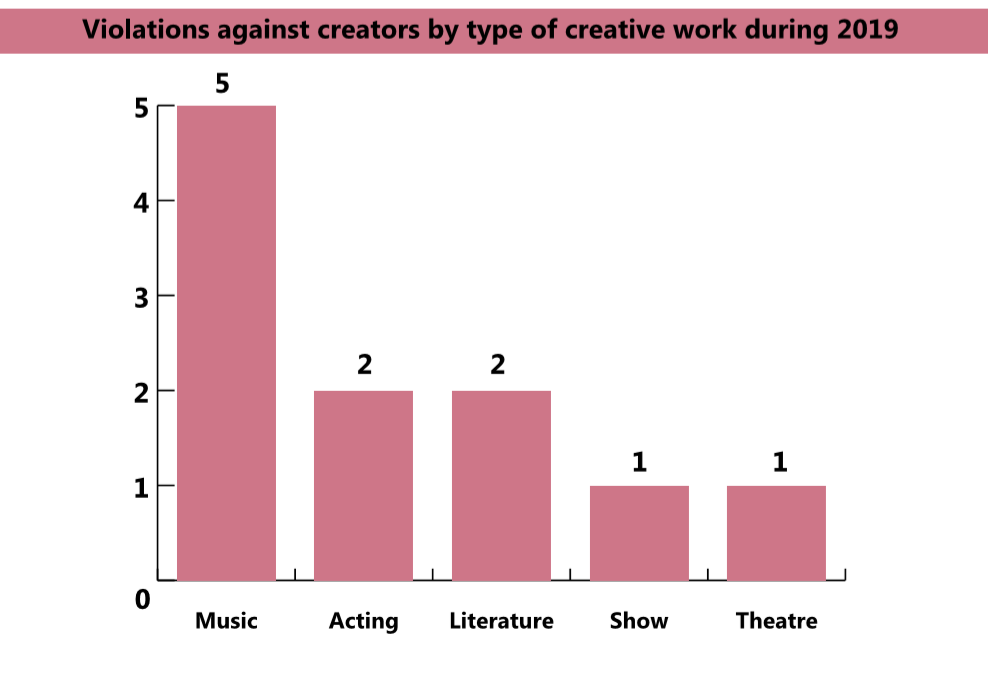 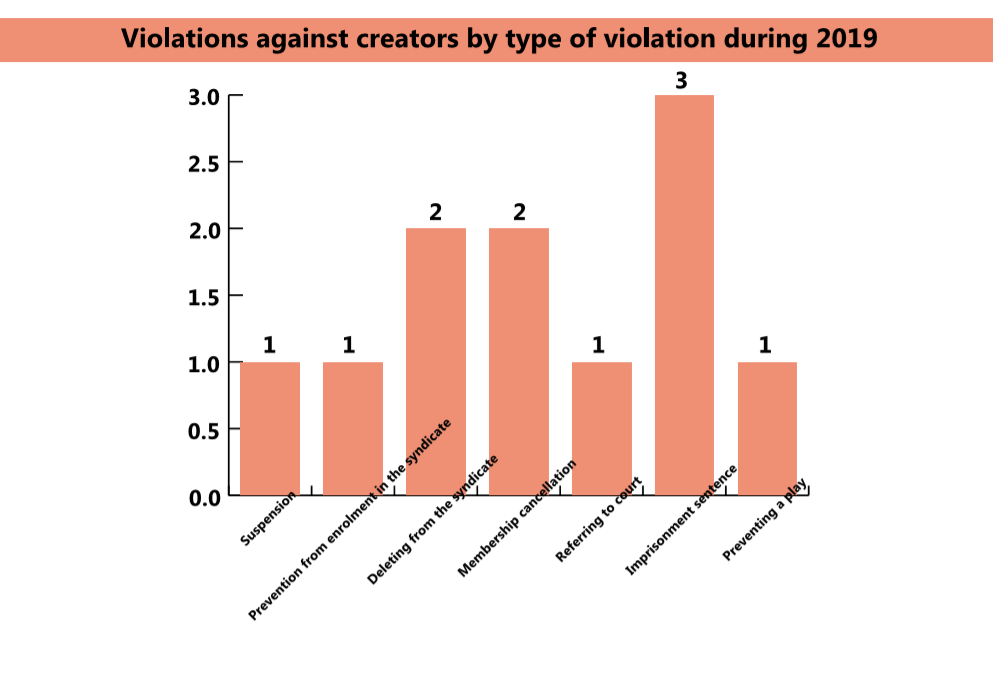 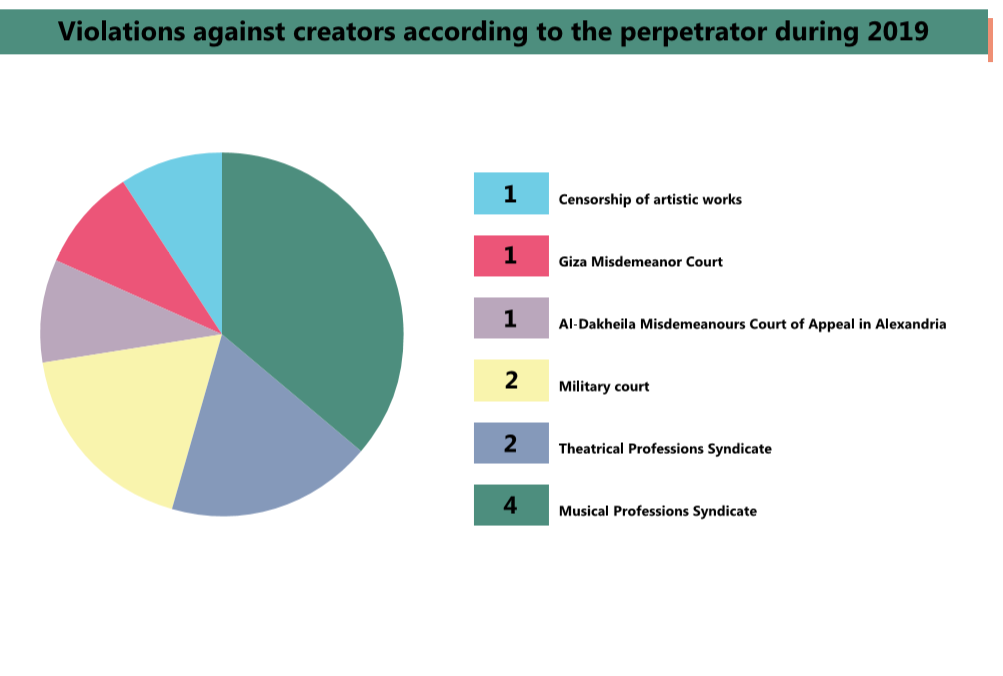