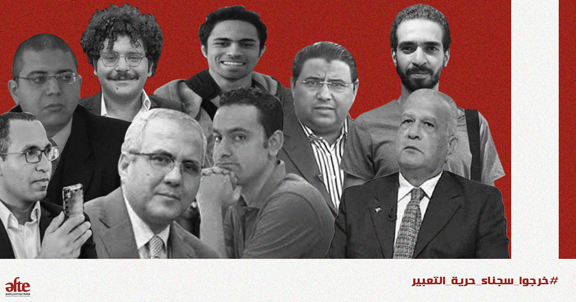 President of the National Council for Human Rights

69 Giza St. – next to the Embassy of Saudi Arabia, Cairo, Egypt.

In light of the global pandemic outbreak that has killed nearly 300,000 people worldwide and its unprecedented spread among millions of people across the countries. This situation has prompted most countries to curb the virus spread and maintain public health by imposing several exceptional measures without discrimination. The Egyptian state has also implemented such measures. It has imposed a partial lockdown on movement freedom, entirely suspended all education institutions. Moreover, it has ordered closing the mass, entertaining, social gatherings places such as theaters and malls.

However, Egyptian prisons have still crowded with an immense number of prisoners and pretrial detainees. In addition, most of prisons and detention places lack the basic requirements for maintaining the prisoners’ public health, for instance, overcrowding accommodation, poor nutrition, the absence or poor sanitation (toilets), lack of hygiene, lack of proper cells ventilation, and depriving a large number of prisoners from their right to outdoor exercise. Thus, these conditions have to be reconsidered, guided by the Preventive Health Standards to curb outbreaks of disease inside such closed settings that are more vulnerable to the infection spread.

Acknowledging that the prisons already suffer inadequate health care system regarding the quality of health services delivery, the insufficient number of doctors and nursing staff compared to the prisoners’ population, irregular presence of doctors and nursing, the inefficiency of some health service providers. Besides it is challenging to provide the necessary health care services for prisoners with health issues priority, if available.

Building on the above-mentioned, AFTE is deeply concerned with the high probability of a real infection spread catastrophe in the Egyptian prisons. This situation would affect not only the prisoners but also all workers or visitors from the Ministry of Interior members, their families, and hence the whole society.

Also, attached the joint interim guidance by OHCHR and WHO on preparedness, prevention, and control of COVID-19 in prisons and other places of detention.