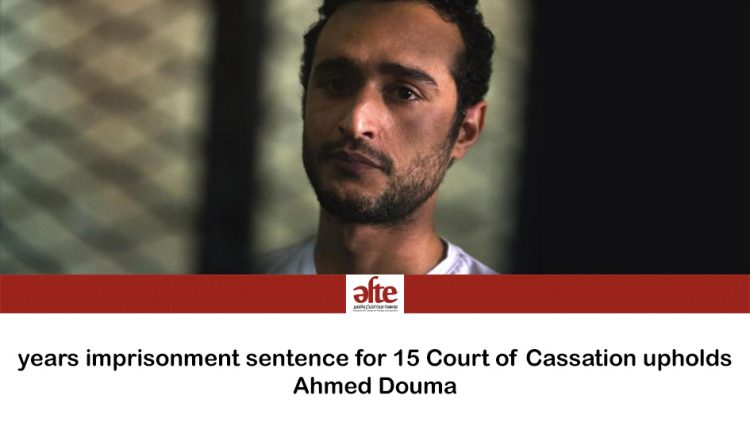 The Court of Cassation rejected, today, the appeal submitted by the political activist, Ahmed Saad Douma, against the ruling of the Cairo Criminal Court, and upheld his 15 years imprisonment sentence and a fine of 6 million pounds, the value of damages in the case known as the Cabinet Clashes.