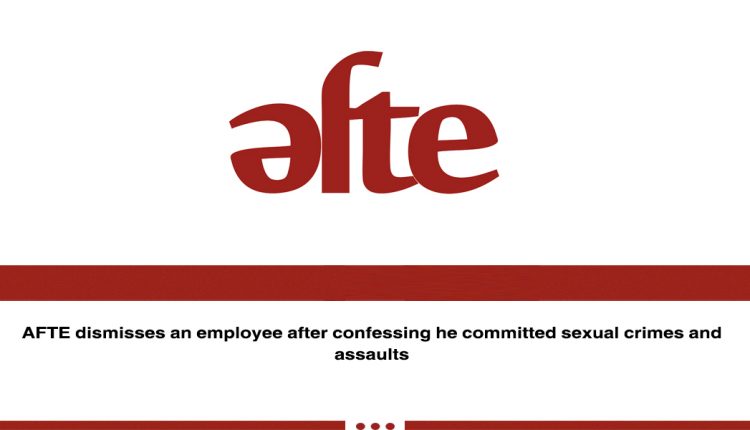 The Association for Freedom of Thought and Expression (AFTE) decided, today, to dismiss the head of its research unit, Mohamed Nagy, based on what he posted on his account on a social media site, which is considered a confession that he committed sexual crimes and assaults against women. Nagy addressed the association’s management twice, the first: yesterday afternoon, as he asked the association to conduct an investigation with him; the second: yesterday evening, as he submitted his resignation, which was not accepted.

The association asserts that these crimes and assaults violate the values and principles it adopts and defends, and it does not tolerate the perpetrators. AFTE supports all the survivors, and promises to conduct an independent investigation into the extent of Nagi’s use of his work in the association to commit sexual crimes and assaults, as some of the incidents mentioned on social media relate to Nagy’s work in AFTE.

AFTE is committed to conducting a broad and comprehensive investigation, to be carried out by an independent committee. It will announce its results and take the necessary measures regarding them, as soon as possible. It would be the duty of the investigation committee to receive and consider any complaints of sexual harassment or discrimination against any of the employees of the association, while establishing a secure mechanism for the continued receipt of such complaints in the future.