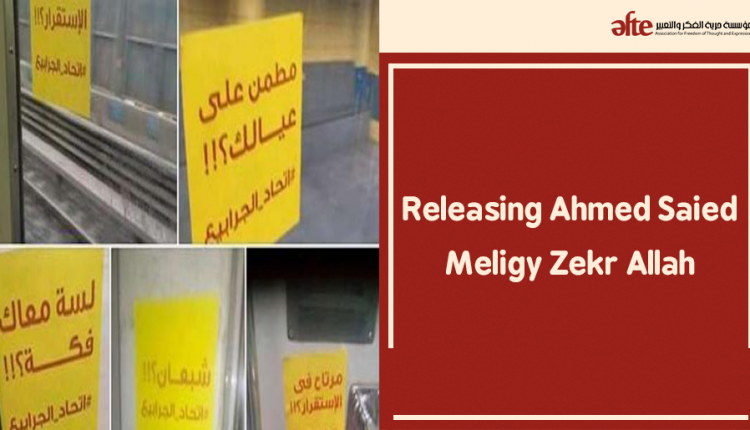 It should be noted that he was arrested on June 9, 2017, on the background of spreading posters bearing the signature of “gerbils union” in public, the public prosecution accused him of joining a group founded against the law, and he remained on pretrial detention for a year and a half before the precautionary measures were replaced by pretrial detention, till the criminal court issued a decision yesterday ending the precautionary measures.