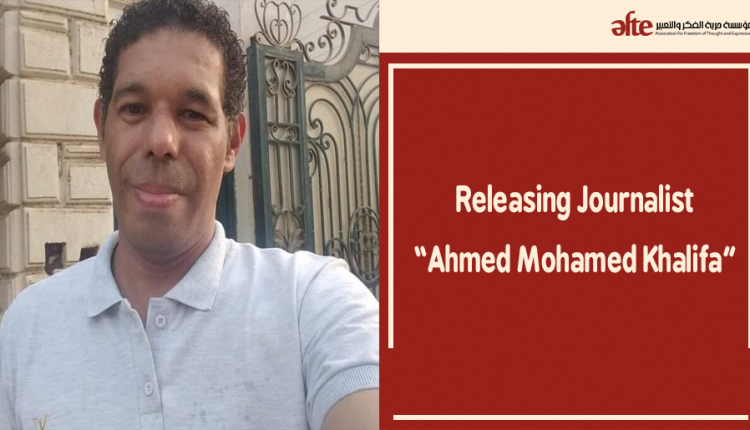 The Supreme State Security Prosecution has issued a release order for 360 Masr Website journalist “Ahmed Mohamed Khalifa” who has been placed in pretrial detention pending Case No. 65 of 2021, since his arrest took place on January 6, 2021, based on the prosecution’s warrant to bring and seize him, against the background of his journalistic activity, he was transferred to Fayioum Police Station as a preliminary step toward his release.

The prosecution had charged him with joining a terrorist group, spreading false news, and misusing social media.

The Third Circuit (Criminal / Terrorism) had decided at Sunday’s session, June 13, 2021, to renew the detention of journalist at 360 Masr Website “Ahmed Mohamed Khalifa” for 45 days pending Case No. 65 of 2021, after being charged with joining a terrorist group, publishing false news, using an account on the internet to commit a crime.

It should be noted that he was arrested on January 6, 2021, and he was investigated by the Supreme State Security Prosecution on January 19