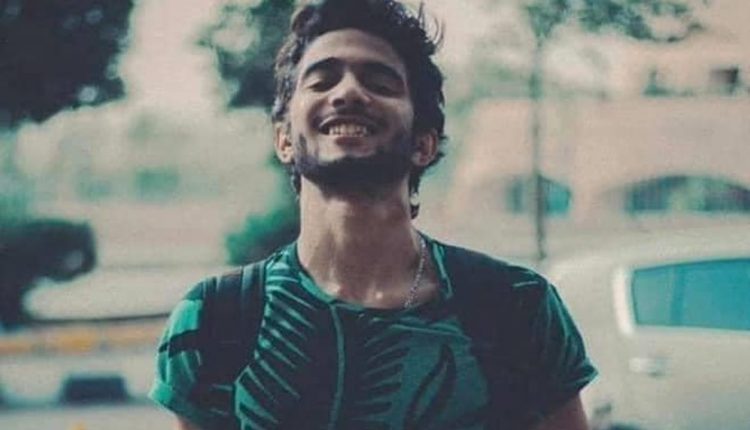 The Association for the Freedom of Thought and Expression (AFTE) calls on the Attorney General to start a transparent and independent investigation into the circumstances of the death of Shadi Habash in Tora prison, as some reports indicated that the prison doctor ignored his repeated complaint of having a health problem.

Shadi Habash (24 years) died in his cell, at dawn on Saturday, May 2. Until the issuance of this statement, the Ministry of Interior and the Public Prosecution have not published any information about his death. Habash worked as a director, video editor and photographer.

In March 2020, Habash completed two years of remand detention without referral to trial, pending case No. 480 of 2018, Supreme State Security, known in the media as the “Balaha” (date) case. Under the Criminal Procedure Law, Habash should have been released last March.

Ahmed Al-Khawaga, Habash’s lawyer, confirmed that, due to the exceptional measures applied because of the spread of Corona virus, his client was unable to communicate with his family, which led to his poor health and psychological condition in recent months. Al-Khawaga also said that Habash suffered severe vomiting two days before his death, and that he had not received any medical care. He indicated that his family is awaiting the autopsy report so that they can know the cause of death.

AFTE affirms that the Attorney General must start an independent and transparent investigation into the circumstances of Habash’s death and the extent to which Tora prison officials were committed to providing him with the necessary health care. The prosecution should also listen to the witnesses of the incident who were in the prison ward in which Habash died. The association also stresses the priority of issuing an official statement from the Attorney General on the measures taken regarding the investigation into Habash’s death, as this case is relevant to thousands of prisoners, who may not be provided with health care when they need it.

Habash was unable to communicate with his family since his last court session in February 2020. His appearance before the Criminal Court was also canceled, due to the measures taken by the Egyptian authorities to confront the spread of “Covid-19” virus in prisons and places of detention. The measures included disrupting the work of courts and postponing the renewal sessions, in addition to cancelling family visits to prisoners.

The National Council for Human Rights should request to visit Tora prison to inspect the provision of health care, and listen to the complaints of prisoners, whether related to ill-treatment or deprivation of basic rights, including health care, or related to not applying preventive measures for protection from “Covid-19”.

The Prison Authority should also provide the necessary medical care to inmates, in compliance with the articles of the Prisons Regulation Act No. 79 for 1961, which stipulates in article 24 that “the prison doctor is responsible for the health procedures that maintain prisoners’ health, in particular protecting them from epidemic diseases.”

Habash, along with six other individuals, had been arrested in March 2018. The Supreme State Security Prosecution accused them of joining a terrorist group and spreading false news, because of their participation in a music video by singer Rami Essam, titled “Balaha”, criticizing the performance of the president. Subsequently, five of the defendants were released, while Habash and Mostafa Gamal Kamal remained in remand detention.

AFTE calls on the Attorney General, Hamada El-Sawy, to release Mostafa Gamal Kamal, who is detained pending case No. 480 of 2018, Supreme State Security, and to drop the accusations against those creative young people, in compliance with the guarantees provided for in the Egyptian constitution for freedom of creativity.

Updates of those who were arrested in the protests of September 20,…

Egypt: Government must stop arbitrary arrests and respect freedom of…

Renewing the detention of Mohamed Gaber Soliman for 45 days, into case…

Renewing the detention of publisher and journalist Mostafa Sakr for 45…

The fact-finding committee extends its work till the beginning of…