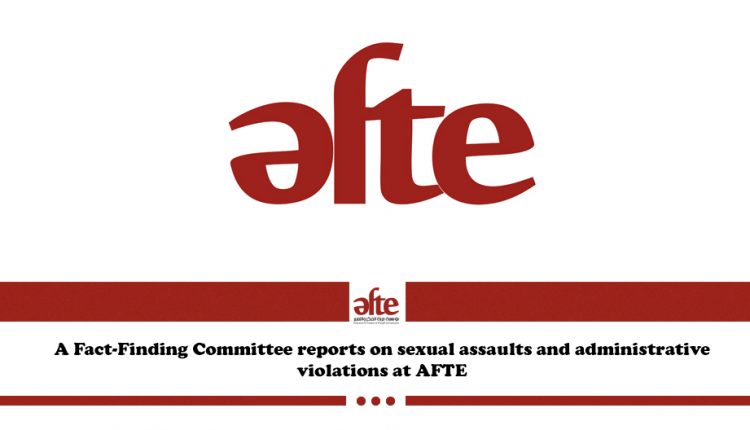 Cairo – The Advisory Board of Trustees of the Association for Freedom of Thought and Expression (AFTE) welcomed the final report issued by the independent fact-finding committee on sexual assaults and administrative violations at AFTE.

The Board, which accepted all the Committee’s recommendations, believes that their implementation provides the first steps to end all forms of violence and discrimination against women at AFTE.

The Board, which was formed in mid-2018, regrets all violations that had taken place at AFTE and apologizes on behalf of the organization to all staff members and volunteers who may have been affected by those transgressions, and is committed to  supervising the implementation of all   recommendations made by the fact-finding committee.

The committee has been granted all necessary powers to investigate allegations and complaints it received and issue recommendations regarding all forms of violations committed by AFTE staff during their work. In addition to measures against specific violations, the recommendations addressed policies, rules and practical principles that AFTE should put in place in order to prevent the recurrence of such violations and guarantee a safer and fairer work environment for women.

The Board expressed its deep gratitude to the committee members, namely Farida Elkalagy, Michael Raouf and Salma Ell-Naqqash.