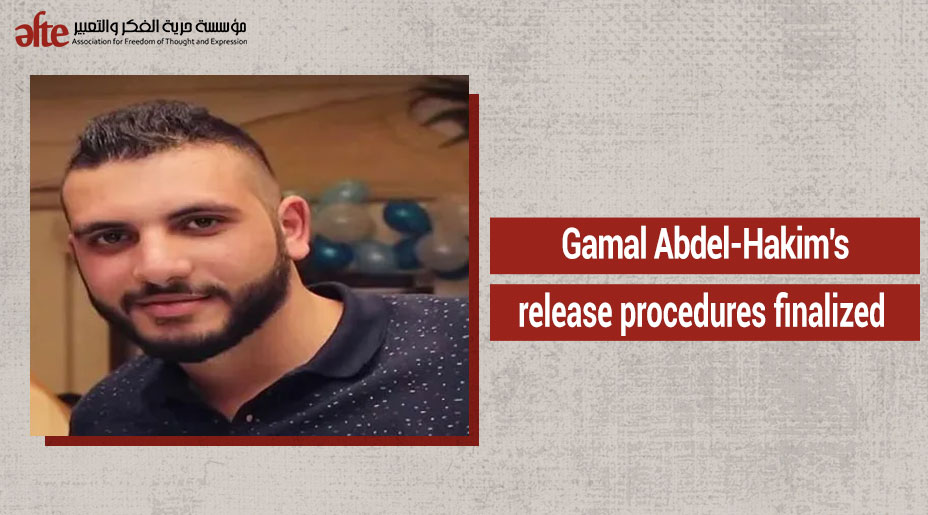 Yesterday, Zagazig Police station finalized procedures for releasing Gamal Abdel-Hakim; after serving his jail term in connection with Case No. 1692 of 2017 (South Zagazig).

In November 2017, the Zagazig Criminal Court sentenced Abdel-Hakim to five years in prison in connection with Case No. 1692 of 2017 (South Zagazig), in which Abdel-Hakim faced charges of promoting the ideas of terrorist groups verbally and in writing via social media and inciting against state institutions. Against the backdrop of his student activity.

14 May 2022  “Gamal Abdel-Hakim’s release procedures finalized After serving his sentence; Gamal Abdel-Hakim transferred to Zagazig Police station in preparation for his release“

The decision came after Abdel-Hakim served his prison sentence issued by the Zagazig Criminal Court in November 2017 to five years in prison on charges of promoting the ideas of terrorist groups verbally, in writing, and through social media and inciting against state institutions.

Circuit “Monday D” of cassation court, decided at its meeting held in the supreme court, on Monday 8 March 2021 to allow the appeal No. 3594 of Judicial year of 88, filed by the student “Gamal Abdel-Hakim Farahat”, by amending a 5-year heavy prison sentence to a 5-year imprisonment.

The student was arrested from his house, located in Zagazig, Al-Sharkia governorate, on May 2017, and at the same year on November 22, the criminal court of Zagazig sentenced him to 5 years heavy prison, after charging him with promoting ideologies of terrorist groups and incitement against state institutions through social media orally and written, in case No. 1692 of 2017

Notably, that AFTE issued a paper entitled “Gamal Abdel-Hakim… a prisoner without a crime”, the paper is based on the legal analysis of Case No. 1692 of 2017, which on its impact the student activist was imprisoned.