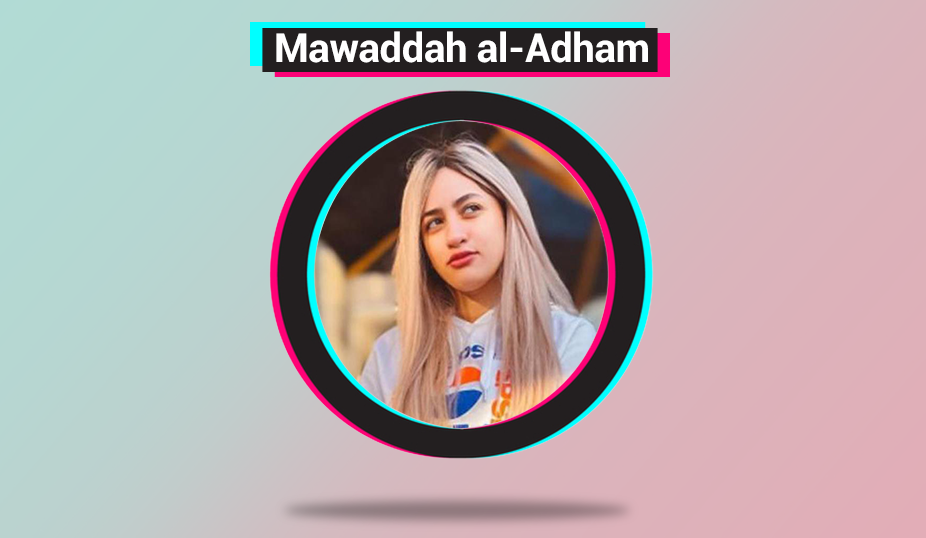 Mawaddah Al-Adham, owns a hairdressing center. She is active on a number of social media platforms, most notably TikTok, Instagram and YouTube, with 3 million, 1.5 million and 255,000 followers respectively. She used to post dance videos and interact live with her followers.

On 14 May 2020, a police force arrested Al-Adham while riding a car in the 6th of October District, Giza Governorate, in possession of a personal computer and a mobile phone without a SIM card. This came after the Public Prosecution issued an arrest warrant against her in relation to lawsuit No. 1087 of 2020, registered under No. 1047 of 2020 at the Economic Court. She faced charges of violating family principles and values ​​of Egyptian society and using social media accounts with the aim of committing and facilitating the commission of that crime. On 15 April 2020, she was remanded in custody for four days pending investigation. Later, her detention was extended for another 15 days.

On 11 June 2020, the Public Prosecution referred Al-Adham to trial in Case No. 1047 of 2020. The case also involved Ahmed Sameh Attia, the admin of Al-Adham’s pages on social media. On 27 July, the Cairo Economic Court sentenced Al-Adham to two years in prison and fined her 300,000 Egyptian pounds, but on 12 January 2021 the court upheld the fine and annulled the prison sentence, attributing the reasons of its ruling to the young age of the defendant and to preserve her future.

Al-Adham is still imprisoned, but in connection with another case bearing No. 4917 of 2020, to which she was referred during the course of the trial in the previous case. She is facing charges of “human trafficking, using girls in works that violate the principles and values of society to obtain money, and exploiting the girls’ poor financial conditions and their need for money”. “This crime was committed by an organized criminal group for the purposes of human trafficking.” On 18 April 2021, the Cairo Criminal Court adjourned the trial to 18 May.

The court has adjourned the trial to 20 June and ordered that the defendant remain in detention.

The Association for Freedom of Thought and Expression, in cooperation with Ahmed Ragheb Firm for Law and Legal Consultation, filed a memorandum of reasons for appealing the negative ruling issued by the Cairo Criminal Court, in Case No. 4917 of 2020 registered with No. 2106 of 2020 at the North Cairo Court, against Mawaddah al-Adham and other TikTok stars.