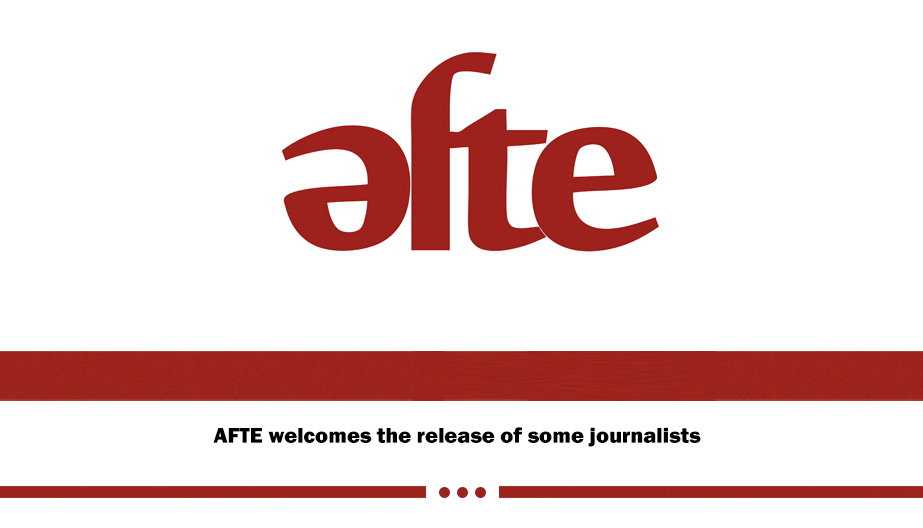 AFTE welcomes the release of some journalists

The Association for Freedom of Thought and Expression (AFTE) welcomes – for the second time – the efforts exerted by the chairman of the State Information Service and the head of the Journalists Syndicate, Diaa Rashwan, as well as the Syndicate’s Council, to release three journalists who were held in pretrial detention in connection to various cases.

AFTE calls on Rashwan and the Syndicate’s Council to review all cases of imprisoned journalists with the aim of helping release them, so that the current year will witness the cessation of harassment of journalists because of their journalistic work.

Last Sunday, Rashwan promised on his official Facebook page “good news about our colleagues [journalists] who are remanded in custody”. In the evening of the same day, the Supreme State Security Prosecution decided to release Kalhi, Qabbani, and Saqr under precautionary measures.

According to Article 201 of the Criminal Procedures Law, the authorities concerned with pretrial detention may apply one of three measures instead of detention, namely “obligating the defendant not to leave his residence, or obligating him to go to the police station at specific times, or prohibiting him from going to specific places”. The same law stipulates that the defendant may be imprisoned in the event of violating these measures.

AFTE sent an official letter to the head of the Journalists Syndicate and the Syndicate’s Council on 15 December 2020 praising their previous efforts to help free a number of journalists last November, including editor-in-chief of the “Masr Al-Arabia” website Adel Sabry, Haitham Mahgoub, Sameh Haneen and others.

AFTE affirms its understanding of the general context that accompanied Rashwan’s intervention to release a number of journalists, whether these days or late last year. The move comes in the run up for the midterm election of the Syndicate’s Council, scheduled to take place on 19 March. AFTE stresses that such moves should be an approach for the Syndicate’s Council all the time, not only during the “election season”. This was emphasized by Rashwan himself when he said: “Seeking to release colleagues who are held in pretrial detention… is not an electoral occasion, an occasional effort, or a subject for political or union bidding or for use in election battles that will be outdated by time. Rather, it is a permanent duty.”

The release of journalists ahead of the midterm election of the Syndicate’s Council can be viewed from different perspectives, but in general it indicates the importance of democracy and the right to peaceful assembly. Competition for achieving the journalists’ interests, on top of which is stopping the harassment and imprisonment of journalists, is a legitimate and important demand in all times, and it should continue no matter how the Syndicate’s Council members have changed.

AFTE calls on all candidates and members of the General Assembly of the Journalists Syndicate to place the issue of imprisoned journalists on top of priorities of the next general assembly. It also calls for making progress in other urgent issues, such as the blocked news websites, the restrictions on and prosecution of journalists working for foreign media, and the delay and intransigence in deciding on requests for licensing a number of news websites.

In a parallel context, AFTE calls on Public Prosecutor Hamada al-Sawy to order the review of all cases of imprisoned journalists. Rashwan’s interventions over the last three months to release about ten journalists indicate that the decisions to imprison these journalists were not often right, as they were mainly based on investigations conducted by the security agencies. The detention of these journalists was renewed and they were recycled (charged in new cases) despite the possibility of releasing them from the very beginning, even under precautionary measures, or referring them to trial in the worst case.